With much of the workforce conducting business remotely, understanding cyber threats is more important now than ever.  We are working on creating a digital program that will cover some of the topics you expected to discuss at CyberSatCom as well as other cyber security topics that have come to the forefront.  Stay tuned, we’ll share details with you soon! 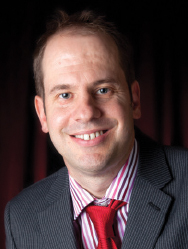 IMA to the Director, SMC Portfolio Architect
US Air Force 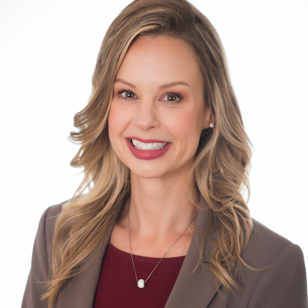 Mr. Jeremy Burton is the Deputy Chief Information Officer, Chief Information Office, Space Enterprise Corps, Space and Missile Systems Center, Los Angeles AFB. He leads a 50+ member team responsible for ensuring SMC delivers secure satellite, launch and command and control systems for National Space missions. In this role, Jeremy directs the posture of enterprise cyber integrated product teams to design, integrate and maintain cyber capabilities into ground and satellite and business systems. He is also currently leading an effort to enhance US Space Force's IT networks in support of SMC/ECC priority initiatives. Mr Burton entered the U.S. Air Force as an enlisted member in 1997 as an information manager. After separation, he entered Civilian Service where he worked in Intelligence Directorates and Special Access Program Security. In 2003 he transitioned to industry to address Program Protection, IT infrastructures, Program Management, Cyber-auditing and Engineering. In 2016 he reentered Civilian Service to lead Cyber Engineering transformation at SMC.

Mark Holmes is the Editorial Director of Via Satellite, the Program Chair for the Global Connected Aircraft Summit and CyberSat. He is also Director of Strategic Content for the SATELLITE show. Mark has been at Access Intelligence (AI) over seventeen years, working on a variety of titles in telecoms, broadband, digital TV, aviation and satellite. Mark has been with AI's Aerospace Group for over nine years. Mark has played a key role in building the 'Global Connected Aircraft Summit' event, which launched four years ago and has been a huge success story for AI. Before joining Access Intelligence, Mark was deputy editor of leading Euromoney Institutional Investor title Global Telecoms Business. In this position, Mark interviewed the CEOs of many leading telcos world-wide including, BT, Verizon, France Telecom, Sprint, SBC etc. In the last 20 years, Mark has interviewed hundreds of C-Suite executives in the telecoms, satellite, broadcast, aviation, broadband and cable space.

IMA to the Director, SMC Portfolio Architect
US Air Force

Crystal works with GPSG's executive partners on cyber and insider threat risk management strategies. She leverages her unique background as a former counterintelligence and cyber threats officer with the federal government to strategic roadmaps for security leaders. Crystal has been instrumental in building GPSG Cyber offerings, particularly insider threat risk management support. Crystal has developed a well-rounded network of high-profile cyber contacts while tracking dynamic cyber and technology trends across multiple sectors. Due in large part to her ingenuity and efforts, GPSG is able to offer custom cyber strategy offerings allowing GPSG partners to address the latest digital risks. As Crystal moves forward with GPSG, she will continue supporting executive partners while leading operational growth. She is a longtime proponent of cyber awareness, having led multiple speaking engagements, workshops, webinars, and panel discussions about the importance of online security and promoting diversity in the cyber field. She contributes to multiple cybersecurity websites and can be reached on Twitter at @crystal4lister.

Phil Mar is the CTO of the Information Assurance and Cyber Security Group at ViaSat. Mr. Mar has a BSEE and MSEE specialized in secure communications. He is with ViaSat for more than 24 years, leading variety of satellite and wireless communications systems, and network security systems. Mr. Mar is an expert on both systems architecture and security design. His responsibilities include managing new security technology development and cyber strategy for the whole ViaSat Corporation, as well as oversee overall information assurance and cybersecurity for many Satellite Communication Systems.

Mina Mitry is Co-Founder and CEO of Kepler Communications, a company seeking to lay the foundation for the "Internet outside Earth". Kepler is presently building its business by offering data connectivity to machines on Earth, using satellites it manufactures and operates in-house. In the future, Kepler will begin to relay traffic for customers in space, connecting satellites to each other or to the ground in real-time. Under Mina's leadership, Kepler was named one of the most innovative space companies in the world by Fast Company in 2018. Prior to Kepler, Mina commercialized his research work on numerical methods and machine learning at a major aircraft engine manufacturer.

Katherine Monson is the CEO of KSAT Inc. for Kongsberg Satellite Services (KSAT). KSAT is a world-leading provider of ground station services for satellites, rocket launchers, and experimental spacecraft - supporting over 96% of commercial satellites launched into NGSO during the last two years. With over 50 years of experience, KSAT's network today spans over 180 antennas at 20 ground station locations across the globe (including Pole to Pole coverage from Antarctica to the Arctic), and is constantly expanding. KSAT is proud to be the behind-the-scenes bridge back to earth, supporting the vast majority of space companies, agencies, and start-ups. Katherine began her career in aerospace as an early member of Spire Global. During her tenure at Spire, Katherine led the Ground Station department, building out a global network of infrastructure to download data from the constellation of over forty spacecraft. Katherine is an avid hiker, and enjoys learning new languages and exploring new places. She lives in Boulder County, Colorado.

Mark Mozena works for Planet in Washington, D.C. where he leads Planet's government relations and policy efforts with Congress and U.S. Government Agencies. Before joining Planet, Mark worked for United Launch Alliance (ULA) where he handled the civil space portfolio and led government relations with NASA, NOAA, and the FAA. Prior to ULA, Mark worked for Representative Michael Honda (D-Silicon Valley, CA) in Washington, D.C. Mark initially joined the Congressman as an AAAS Congressional Science & Technology Policy Fellow before transitioning to permanent staff. As a Senior Policy Advisor, Mark managed the Commerce, Justice, and Science (CJS) Appropriations Subcommittee for Congressman Honda who served as the Subcommittee's Ranking Member. Before working on Capitol Hill, Mark received his Ph.D. in Astrophysics from the University of California, Santa Cruz where his research focused on galaxy evolution. As the son of a US diplomat, Mark spent much of his childhood living in South Asia and southern Africa before going to Rice University in Houston, Texas for his bachelor's degree. Following Rice, Mark taught high school physics with Teach For America in St. Louis, Missouri before moving to California for graduate school.

Jo Peterson is the vice president of cloud and security services for Clarify360. Her engineering team focuses on cloud enablement and cloud security. As an engineer and leading industry expert, Peterson sources net new technology footprints, as well as, optimizing and benchmarking existing environments. Currently ranked as #5 on the Rise Global Cloud Power 100 as well as #2 on the Rise Global Cybersecurity Power 100, a Top Woman in CyberSecurity by CyberCrime Magazine and a 2019 Channel Influencer by Informa. She is a member of the Forbes Technology Council. Followed by an audience of over 50,000 on Twitter and having over 8,000 connections on Linked In, Jo is a featured keynote speaker on topics of cloud architecture, procurement and management, and cloud security. Jo has provided social media thought leadership and independent analyst insight to brands such as Intel, HPE, IBM, SAP and others at events such as vmWorld, IBM Think, HPE Discover, AWS ReInvent, Google Next, RSA and many others.

Olivier began his career in security as a cryptologist. He studied mathematics and number theory which naturally led him to study many asymmetric cryptosystems including RSA, DSA, ECDSA etc. He specialized in hyperelliptic cryptography and more precisely in the definition of efficient and secure implementation. He has participated in many security projects for Airbus as secure A/C communications, architecture, system design and security assurance activities. Olivier now leads the security of products in the Defence & Space division of Airbus as the Product Security Officer. His remit includes satellites, military aircraft, and drones.

Victoria Samson is the Washington Office Director for Secure World Foundation and twenty years of experience in military space and security issues. Before joining SWF, Ms. Samson served as a Senior Analyst for the Center for Defense Information (CDI), where she leveraged her expertise in missile defense, nuclear reductions, and space security issues to conduct in-depth analysis and media commentary. Prior to her time at CDI, Ms. Samson was the Senior Policy Associate at the Coalition to Reduce Nuclear Dangers, a consortium of arms control groups in the Washington, D.C. area, where she worked with Congressional staffers, members of the media, embassy officials, citizens, and think-tanks on issues surrounding dealing with national missile defense and nuclear weapons reductions. Before that, she was a researcher at Riverside Research Institute, where she worked on war-gaming scenarios for the Missile Defense Agency's Directorate of Intelligence. Known throughout the space and security arena as a thought leader on policy and budgetary issues, Ms. Samson is often interviewed by multinational media outlets, including the New York Times, Space News, and NPR. She is also a prolific author of numerous op-eds, analytical pieces, journal articles, and updates on missile defense and space security matters. Read Ms. Samson's publications.